They died with a case unresolved! The Whistleblower Summit Salutes Congressman Elijah Cummings 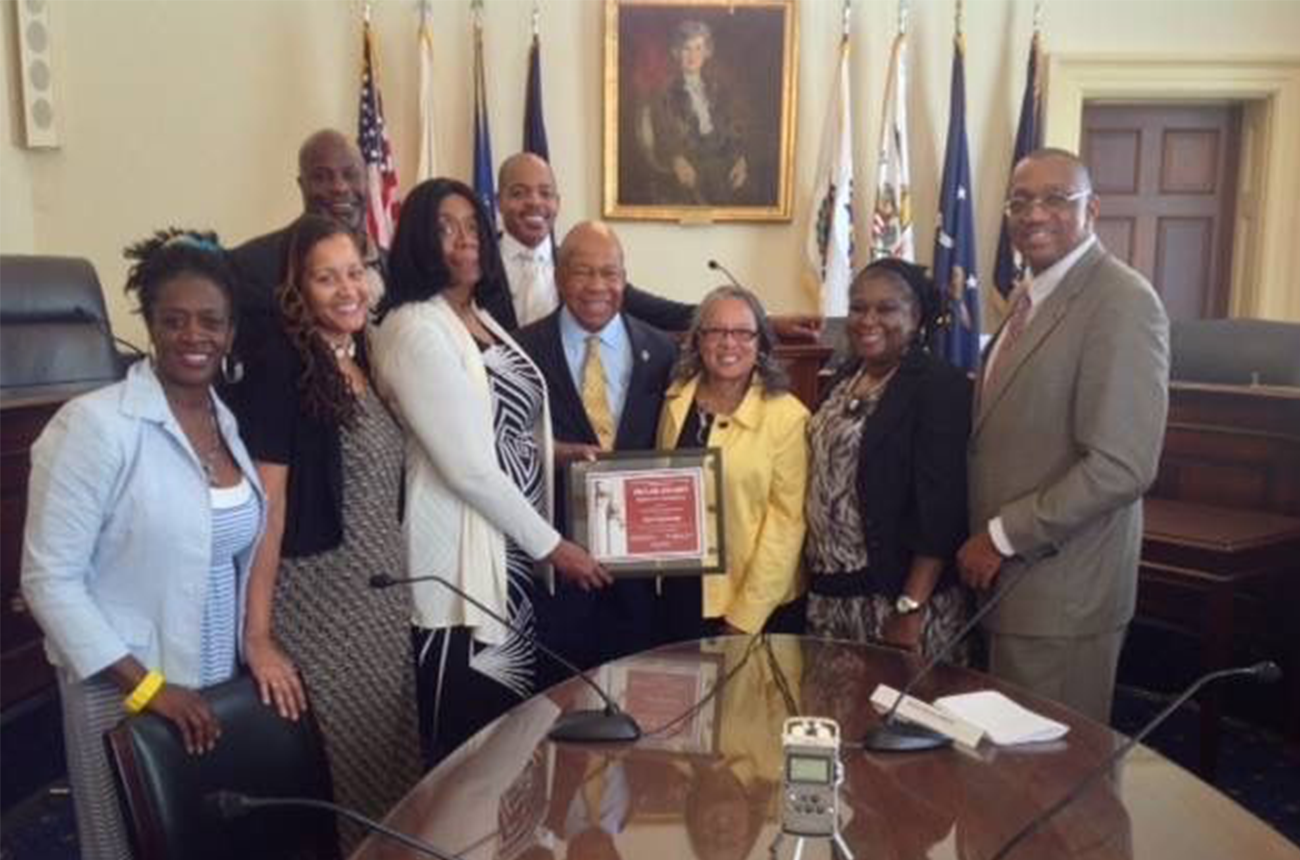 Howard University, “The Mecca,” has a reputation for producing leaders and activists. Today we lay to rest, The Honorable U.S. Representative Elijah Cummings, one of our beloved sons. As a fellow Howard alum, I followed our tradition of servant leadership and activism, when I blew the whistle on $40 Million at USDA during the Clinton Administration. Now I co-host the annual Whistleblower Summit & Film Festival along with ACORN Whistleblower Marcel Reid. Perhaps our fondest memory of Representative Cummings was his acceptance speech when we honored him with a Pillar Award in 2015. He told the story of how his sharecropper father was amazed to see his son get elected to congress and lead a life that he never had the opportunity to pursue. However, the crescendo was when he lambasted the time and delay in perusing civil rights cases like the class action at Social Security Administration. Elijah exclaimed, “They’re dead!” with a tear in his eyes, “And they died with a case unresolved.”

There are some who consider “whistleblower” a term of art and will only recognize people who fall within strict statutory or regulatory definitions, e.g, intelligence community whistleblowers. Other people view whistleblowing as limited to “public health and safety,” they think that only disclosures protecting others, the public at large, constitute whistleblowing. These advocates eschew civil rights claimants from the whistleblower community. Likewise, there are civil rights proponents who do not support the “whistleblower” moniker. Our view of whistleblowing is as a fundamental civil and human right. We are thankful that Representative Cummings agreed with our view of whistleblowing. Elijah Cummings supported the Whistleblower Summit for Civil & Human Rights. The summit has sponsored a TEDx Salon on Whistleblowers and the First Amendment. While Representative Cummings did not participate in our TEDx Salon he did participate in another one where he give prophetic remarks about his life/death and the state of our democracy.

Wake Up America — We Are Better Than This! (Elijah Cummings | TEDxMidAtlantic)

On this solemn day, we thank Elijah Cummings for his tireless support for whistleblowers, black farmers, women firefighters in the U.S. Forest Service, and minority employees at U.S. Department of Agriculture and the Social Security Administration; and his support for summit host-committee member, Coalition For Change (C4C) and their members Tanya Ward Jordan and Paulette Taylor:

Paulette Taylor (Civil Rights Chair) and I had the pleasure of watching the House members vote on measures to provide for better transparency and accountability in the EEO program. During the Congressman's reading of the bill on the House floor, he personally thanked C4C for standing up for whistleblowers who expose civil rights violations.  The Congressman also discussed some of the measures within the pending bill. Later, in a private meeting with the Representative Elijah Cummings, we thanked him on behalf of our membership and all federal workers for incorporating recommendations we shared to better improve federal sector workplace culture.  Representative Elijah Cummings has truly been a champion in advocating better protections for civil servants who seek to uphold the public trust.

The bill passed the House 403-0 and went to the Senate.

The passing of Congressman Elijah Cummings (D-MD) marks a tremendous loss for the whistleblower community. The Make It Safe Coalition (MISC), a nonpartisan network of more than 75 organizations and individual whistleblowers dedicated to strengthening protections for whistleblowers in the private and public sector, commemorates Congressman Cummings for his tireless commitment to protect our most courageous civil servants.

Throughout the Congressman’s career in the House of Representatives, he conducted himself with integrity and grace, building alliances across the aisle to advance good government reforms. He honored the nonpartisan nature of whistleblowing and worked in close partnership with his Republican colleagues to strengthen protections for our nation’s truth-tellers. As co-chair of the House Whistleblower Protection Caucus, he partnered with co-chair Congressman Mark Meadows (R-NC) and other Caucus members to foster a more positive culture around whistleblowing.

In the Congressman’s capacity as Ranking Member and then Chairman of the House Oversight Committee, he set Congress’ gold-standard for safely working with whistleblowers to conduct its oversight responsibilities. Indeed, he understood that whistleblowers come forward at great personal risk, and Congress must do everything in its power to protect its most valuable sources against government waste, fraud, abuse and other misconduct.

In 2012, as Ranking Member of the House Oversight Reform Committee, he led the House of Representative’s unanimous support for the landmark Whistleblower Protection Enhancement Act – the primary whistleblower law for federal employees outside of the intelligence community. Even after that victory, he continued to pave the way for stronger reforms.

For the 2019 National Whistleblower Appreciation Day, Representative Cummings provided the following statement to honor whistleblowers and remind Congress that there is more work to be done:

On this day, I’d like to honor a very special group of individuals within the federal community — the men and women who risk everything to disclose waste fraud and abuse in the federal government. Without legal protections, whistleblowers would suffer retaliation and without these courageous individuals, Congress would not be able to fulfill its constitutional duty to serve as a check and balance on the executive branch, the very foundation of our democracy… Although Congress has made significant progress in protecting the brave souls who shine a light on corruption in the federal government, we cannot rest on our laurels. That’s why I’m working on introducing legislation in this Congress that would further strengthen protections for whistleblowers and improve enforcement of existing law to prevent and address retaliation.”

Representative Cummings words ring truer now more than ever. The inherent tragedy of a person dying with a case unresolved. While he dances with the angels, Cummings died with perhaps the most important case in America yet unresolved; but like a true Bison, he fought to the end (even with his last breath) for freedom and democracy. Now it is our turn to honor the Congressman. We will do this, in part, by continuing his life’s work to strengthen protections for federal whistleblowers. He will be deeply missed, but his legacy will continue to be felt by the countless federal employees who can more safely speak truth to power. 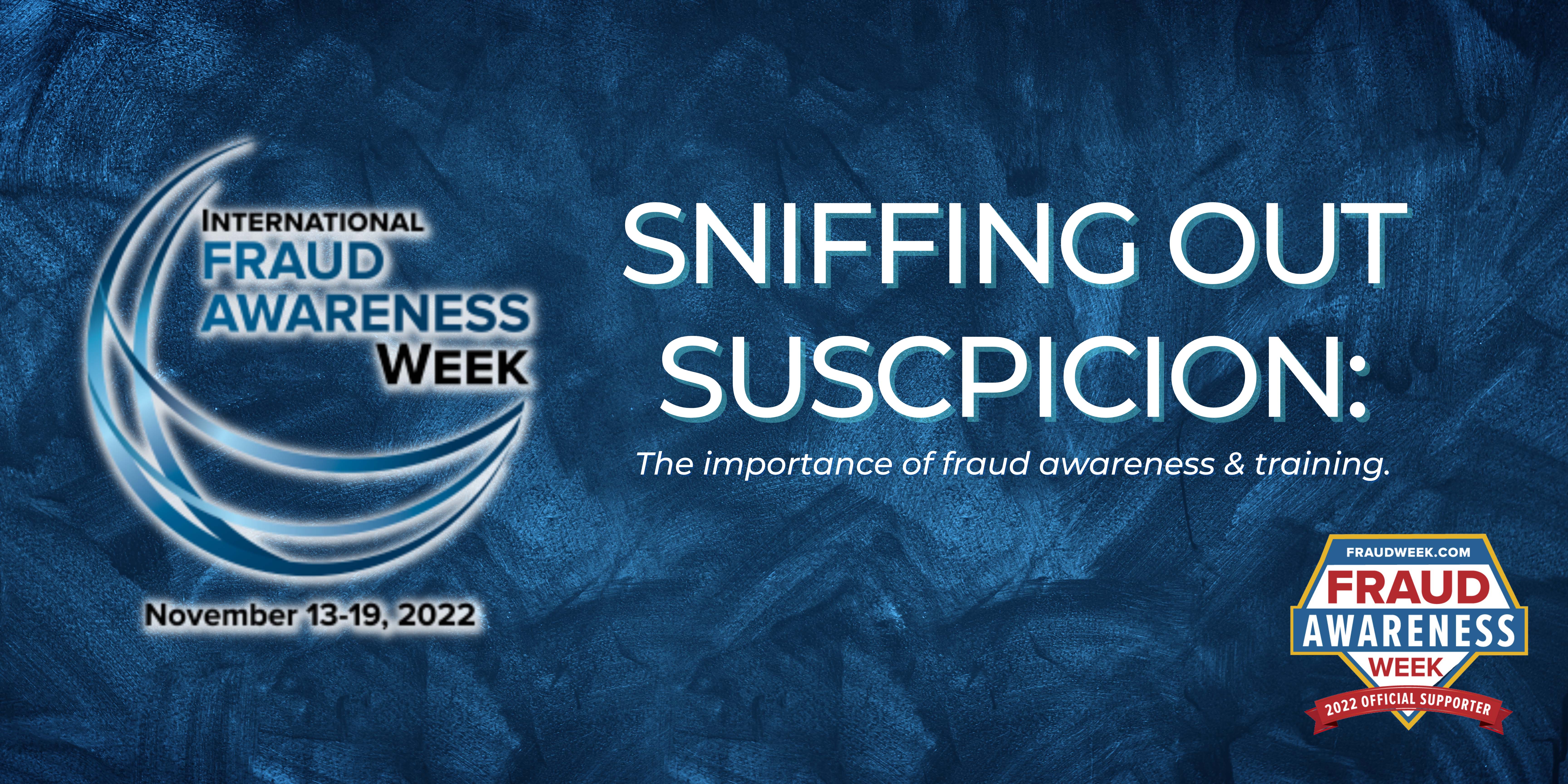 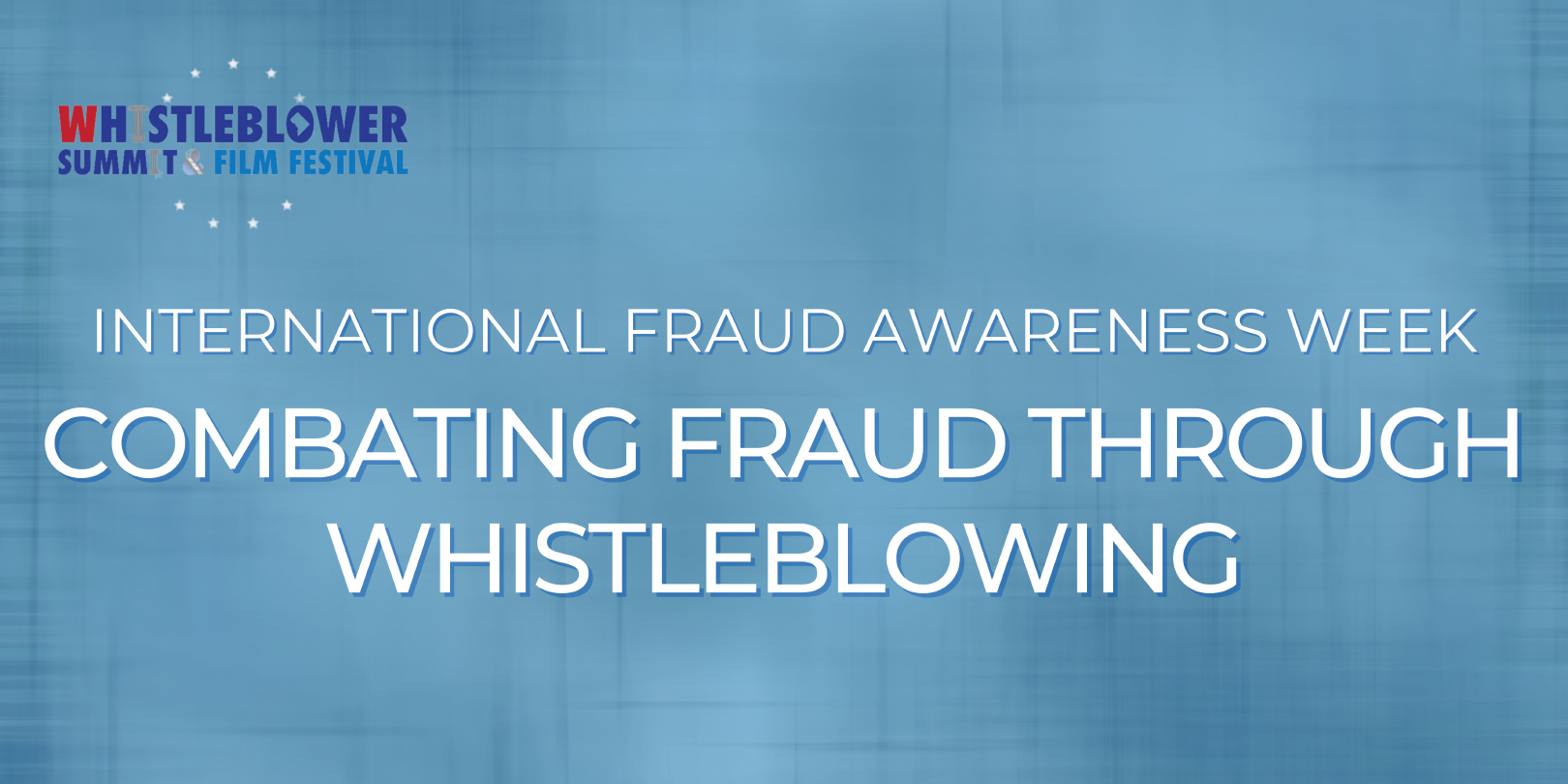 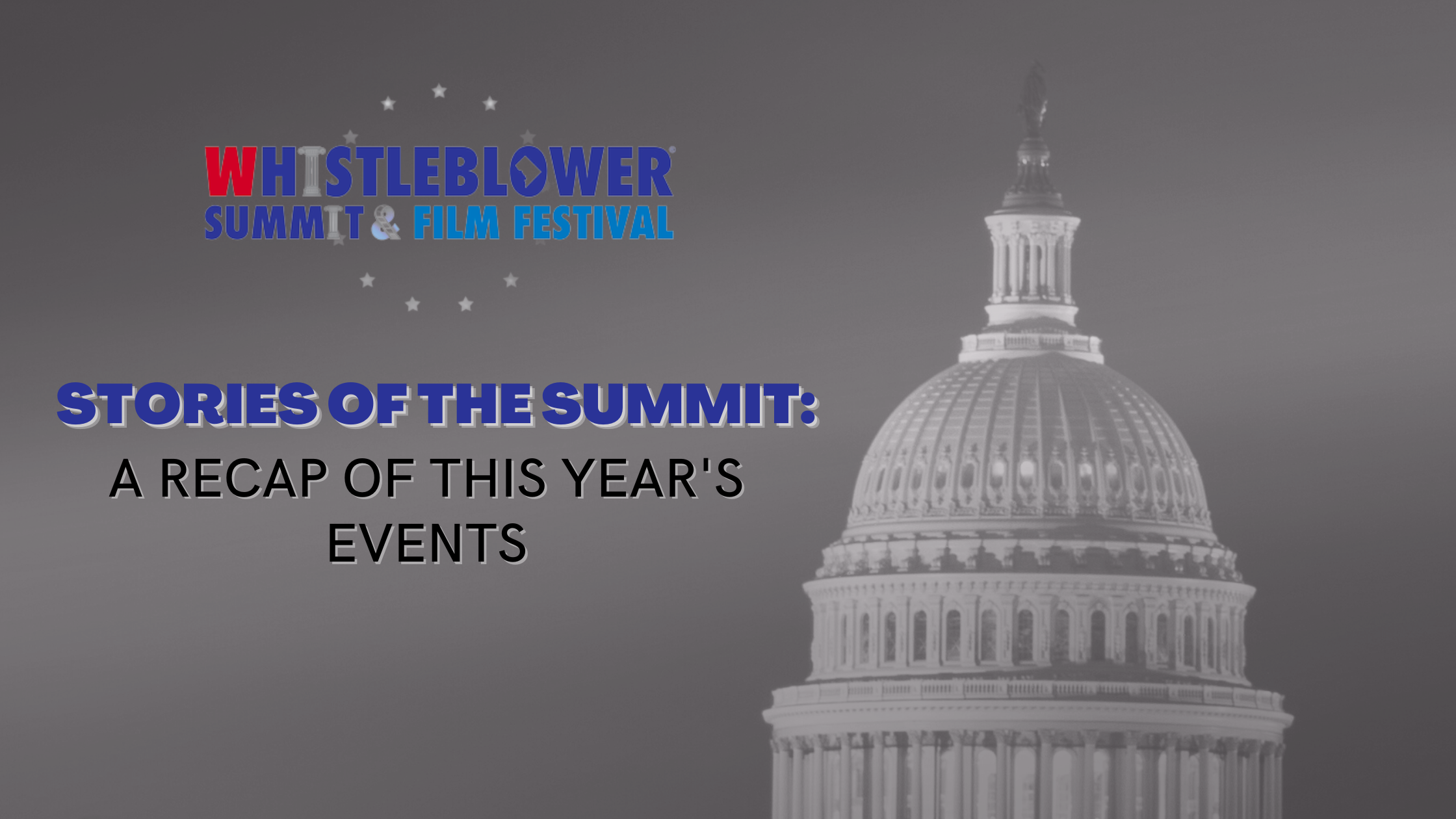